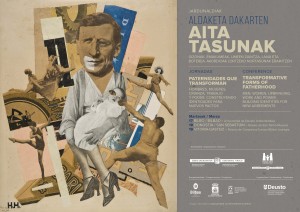 Involved fatherhood refers to the transformation of fathers’ identity as caregivers, which entails major changes in behaviour via the active involvement in childcare based on a greater interest in children, namely:

Learning about the factors that determine a greater tendency towards becoming involved in caregiving may be the key to encouraging public policies in favour of gender equality and the fostering of co-responsible, peaceful and caring masculinities.

The proposal is based on the organisation of a conference that focuses on the theme Involved or Transformative Parenthood and the relationship between fathers and co-responsibility, caregiving and equality. This is done by analysing the advantages and proposals it entails, the changes that are taking place, and also the strategies and proposals adopted to lend support to a change in men towards more co-responsible, satisfactory perspectives – all from the scientific standpoint applied to the advantages the man’s involvement in caregiving work entails both in children and couples.

The organisation of this conference is six-party in nature, as Emakunde is taking part alongside the leadership of the Family and Community Policy Bureau. with the University of Deusto providing the headquarters and being a further collaborator by dint of organising it. The City Halls of Bilbao, Donostia-San Sebastian and Vitoria-Gasteiz are organizers too.

This could also be considered an outstanding framework for submitting the results of the research about the Basque Fathers’ Involvement in Parenting and its Impact on Co-responsibility and the Workplace,” which is being carried out by the Family Policy Bureau, and to be able to put forward possible new courses of action and exchange information with other institutions or social organisations who are working on the same lines of intervention.

On the other hand, there is an organising committee coordinated by Ritxar Bacete, with Elena Echeberria (Basque Government) and Leire Gartzia (University of Deusto) in charge of coordinating and proposing the structure and content to be included in the conference and which would comprise the technical secretary, the University of Deusto and persons in charge of the institutions involved in organising it.